Below is the order of Earths Humanites Highest Commanders and Chiefs Ditta and Leif of Godland for Take Back of Swedish Police and Arrest of Cardinal Anders Arborelius implementing Social Scoring Death Camps for the Earths Civilisation Destruction, in Swedish. See Godland Nirnberg II orders in English below these docs

Godland government mobilisation and arrest order of poisoners of humanity

Ditta and Leif of Godland take back of all nations into Rescue-rule of their indigenous people, closing roman death camps world wide

Here downloadable is Your Human´s Earth Heritage Bond of Godland, that You print out and fill with Your or other´s name and contact detail at the end. Scan or photograph it and send to info@loveorder.info for registry, use it to Take Back your, family´s, tribe´s, nation´s, union´s, Humanity´s shares and stocks that have been stolen from everybody by the conspiring cabal of pirates, who now have to stand down and plead amnesty, sign capitulation and peace treaties of Godland, or receive death penalty for crimes of Attempt to Murder All Humanity. Notice even oxa WIR World Indigenous Runes checks, wooden tallysticks and rune coins, for from electricity independent payment insurance.

As Ditta of Godland lives in Sweden, the decree documents are addressed to Sweden occupying foreign corporations pretending to be lawful government structures. Translate to Your language and adjust to target the pirates in Your nation. Decrees in Swedish are even on Leif of Godland, Swedens reliable monarch´s MSS.lege.net, and in Latvian on LaBie.lv.

Take Back of Regeringskansliet via Annika Strandhäll 12.4.22.

Take Back of Justice Chancellor / Justitiekanslern of Sweden 10.3.22.

even with Pr Chris Busby 2011 https://odysee.com/@Godland:a/DittaChrisJustitiekanslern2011:0

Take Back of Haninge Councils all corporations, all nations

Take Back of Haninge council for Haninge humans, emperors Ditta of Godland act for all nations all councils on Earth, refer to everywhere

the criminal protocoll of Haninge Kommun hiding the lawful procedures, of Take Back of The council properties from fraudsters, established by Ditta of Godland on 4.4.22., as § 28 is lacking the above published documents and claims statements delivered loud and clear at 16.11-16.18 on 4.4.22. at Haninge Kommunfullmäktige meating

Video protocoll of unconstitutional refusal of citisen participation in presentation of report of audit of public spending 2021 in Sweden, by Riksgälen Konjukturinstitutet, fraudful process to exclude lawfull inspection and audit revision https://odysee.com/@Godland:a/DittaStoppadesDeltaIKonjunkturInstitutetsRapportAnalys:d

All Grand Jury proceedings are on https://odysee.com/@GrandJury:

We, a group of international lawyers and a judge, hereby are conducting criminal investigation modelled after the United States Grand Jury proceedings.
This Grand Jury Investigation serves as a model legal proceeding to present to a jury (consisting of the citizens of the world) all available evidence of COVID-19 Crimes Against Humanity to date against “leaders, organizers, instigators and accomplices” who aided, abetted or actively participated in the formulation and execution of a common plan for a pandemic. Crimes to be investigated include all acts performed or omitted by a person in pursuance of a common design to commit Crimes Against Humanity, and all such criminal acts condemned in the various communities of jurors around the world.

This investigation is of the people, by the people and for the people and shall be referred to as the ‘Peoples´ Court of Public Opinion.
Having been unable to find a court to hear the actual evidence in the current system´s courts of law, we are undertaking this proceeding outside of the current system and based on natural law.
This, in turn is founded on the firm belief that every person can easily distinguish between good and evil, and between right and wrong.

The allegation is that the world’s governments have come under the controlling influence of corrupt and criminal power structures.
They colluded to stage a pandemic that they had been planning for years. To this end they deliberately created mass panic through false statements of fact and a socially engineered psychological operation whose messages they conveyed through the corporate media.

The purpose of this mass panic was to persuade the population to agree to the so-called “vaccinations” which have in the meantime be proven to be neither effective, nor safe, but extremely dangerous, even lethal.

The economic, social, and health damage that these Crimes Against Humanity have caused to the world’s population can be measured in quadrillions of dollars.

The lawyers listed below, with the assistance of a number of highly respected scientists and experts from around the globe and under the auspices of a judge from Portugal,
will conduct this Grand Jury Investigation and thereby provide the jury (the citizens of the world) with a complete picture of these Crimes Against Humanity.

The ‘Peoples´ Court of Public Opinion´s investigation´s purpose is twofold: On the one hand it is to serve as a model proceeding and get indictments against some of the criminally and civilly responsible figure heads of these Crimes against Humanity.
And on the other hand it is – through showing a complete picture of what we are facing, including the geopolitical and historical backdrop – to create awareness about

the factual collapse of the current, hijacked system and its institutions, and, as a consequence
the necessity for the people themselves retaking their sovereignty, and
the necessity to first stop this plandemic´s measures by refusing to comply, and
the necessity to jump-start their own new system of health care, education, economics and judiciary, so that democracy and the rule of law on the basis of our constitutions will be reestablished.

PDF with decree in 4 languages, English, Swedish, Latvian and Russian, to be translated into all languages of the world for implementations to rescue all Peoples.

On Corona Controlled Demolition of all national states and humans by COVID bioweapons, lockdowns, media and SDR currency, that is changed to WIR.

Take Back of All Stocks of Sweden for All Humans and All Life of Sweden. Stand Down for Injections and RF attacks, Capitulation of All Hostile Forces to Diarchs of Godland.

2.    Decree-Truth statement  on ockupation of all nations,  Take Back of all nation resources, for all miljards of Humans, by Ditta and Leif of Godland, akka Ditta Rietuma and Leif Erlingsson. Reconstruction of Roman Death Cult into Love Order of Godland on Earth. Separation law of by COVID-injection-bio-weapons-gene-modified-contaminated-sterilisers post-humans  from gene-ecological-humans, to stop specicide of Humanity. Oxa WIR (currency World Indigenous Runes) financial ReSet of Godland.

Nirenberg II court of Godland was declared starting proceedings on 20.6.2021 at following meetings of Swedish and other Truth Commissioners gathering in Stockholm, when Sheriff Persson even received from Ditta of Godland a signed copy of the Nationalisation of all Resources of Kingdom of Sweden back into Nations Citisens management stocks and balances, through indigenous government of Monarchy State Sweden.

Decree-Truth statement on ockupation of all nations, Take Back of all
nation resources, for all miljards of Humans, by Ditta and Leif of Godland,
akka Ditta Rietuma and Leif Erlingsson. Reconstruction of Roman Death
Cult into Love Order of Godland on Earth. Separation law of by COVIDinjection-bio-weapons-gene-modified-contaminated-sterilisers posthumans from gene-ecological-humans, to stop specicide of Humanity. Oxa WIR (currency World Indigenous Runes) financial ReSet of Godland. 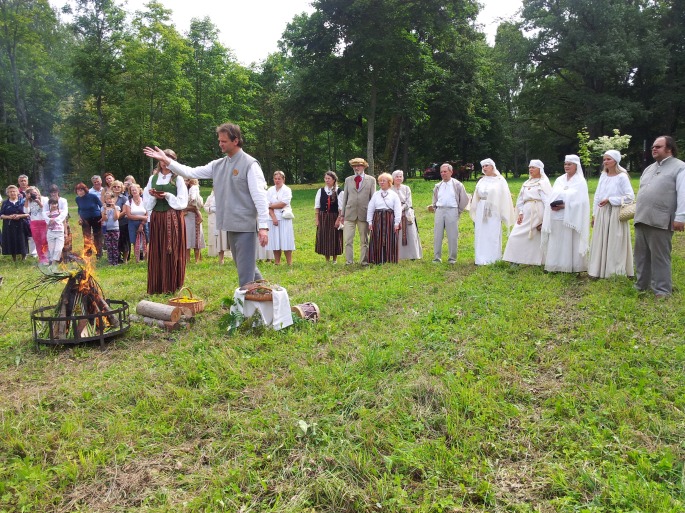 Indigenous World Order Court of Godland was established at Disa/Laima 12018 out of the work of ten konferences/courts of the Baltic Sea Indigenous Court (BSIC) – quaterly held fr June 12015 to December 12017 and even depicted on BSRRW.org and playlists of Youtube channel RadioactiveBSR https://www.youtube.com/user/radioactivebsr

Communication to Swedish Finance Inspection authority business company on nationalisation of all Swedish private banks back into the protection of the state Kingdom of Sweden that is being restored by Monarch of Monarchy State Sweden – Leif the Ist, aka konn of Indigenous World Order of Godland in diarchy with Ditta of Godland, even director of the Indigenous World Order Bank of Godland, as well as the Nationalised Swedish Banks Estate for Peoples State of Kingdom of Sweden. In Swedish, until other document fr page 23 on communication to Swedish Telecommunications and Post Agency on ECNRR reform of Basic Safety Standard of Electromagnetic Radiation Risk levels letter fr 8.3.19 in English  Till Haninges och Sveriges förvaltare 8.4.19

The silent and lawful mass murderers witnessed by

Deep investigation of worldwide totalitarian racist and occult mass murderer sect of false money and any government structure treasonous corruption organiser mafia, published 1978 in NY – Britain´s Opium War Against the US, describes the war mangler dynasties and their armies still conspiring against the whole world establishing NWO, the main parts of the book on link https://loveorder.files.wordpress.com/2016/12/binder-dope-min.pdf

The holy father Lars Rutger of Godland is the chief of Indigenous World Order Court of Godland (previous involvement in http://www.samhallspartietforvuxna.se/ ) and is reached at larsrutger@gmail.com  See holy father Lars Rutger of Godland investigating the apocaliptic crimes of church and corporations that steel the states from the people and commit genocide and democide untamed, due to lack of gift economy and loveorder.

The Courts of Godland give Amnesty, Rehabilitation, and All Rights of Godlanders to all sinsere open source evidence providers of Truth Statements of Death Cult systems within their scope, even to the perpetrators. The inquisitorial prison system is being dismantled.

Proceedings start with a Resource revision meeting of Reformed Swedish Churh, that performes the Take Back of all stolen resaurces of Humanity from international AI digital mega conglamerat Black Rock owners, firstly investigating who are these amazing people.

Swedish call for the holy suspects and victims, both sides of martyrs of dying Humanity, to appear to the Court of Godland in Jordbro, Sweden 15.8.21. at 15.00 Jordbro Churh.  Summons for Black Rock (Netherlands) B.V. Stockholm Filial CEO and V CEO

Challenging crown princess Victoria of Sweden on her 40th anniversary

Deklaration on the Rights of Indigenous Peoples

“First of all, I urge you to cast off your fears. Leave at home the kind of defense, constant control, and fear with which you have traveled so far. Arrive at the site, among the flowers and caress them. Just sit in the grass and feel this divine state. Arrive into the sanctuary. Then I ask you to forgive yourself and others. Step inside the shrine and meditate. Listen to the sound of cosmic creation, return to the womb. Be reborn without pain, sadness or any kind of compliance. Just listen, be the witness, the observer. Do not judge, just listen, flow with the nature, wave with the wind. Just be in the moment, just be. Become who you are. Then start singing…”